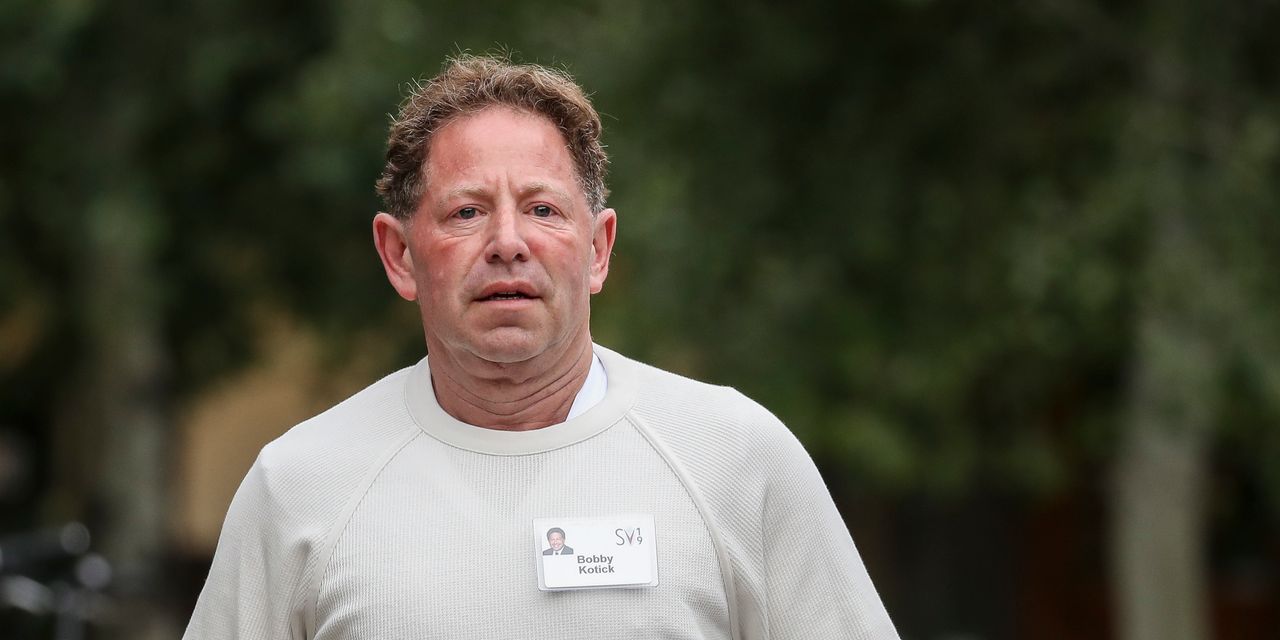 Responding to allegations of rampant sexual harassment and bias at the company, Kotick said in a letter to employees Tuesday night that it’s been “a difficult and upsetting week” and promised to take “swift action” to develop a more inclusive workplace.

Employees are planning a walkout Wednesday to protest how the company has handled the harassment claims by the state of California, which sued the company last week.

The lawsuit claims Santa Monica-based Activision Blizzard — which publishes such popular videogames as “Call of Duty” and “World of Warcraft” — pays and promotes female employees less than their male peers, and that female employees are subject to “constant sexual harassment,” including unwanted sexual comments, advances and groping. A number of disturbing incidents were described in the filing, which described Activision Blizzard as fostering a “frat boy” work environment.

In a statement last week, Activision Blizzard dismissed the claims, calling them “distorted and in many cases false” and blamed state regulators for driving businesses out of California. More than 2,600 employees signed a petition objecting to the company’s response, and walkout organizers have demanded changes, including an end to forced arbitration, new hiring and promotion processes, transparency of salary data, and an audit by a diversity, equity and inclusion task force.

“Countless people before us have tried to enact change and only got PTSD as thanks. Thank you brave souls for paving the way for us,” Activision Blizzard producer Tracy Kennedy tweeted Tuesday. “This time we will protect each other and we will not back down until we see meaningful, systemic changes. The abuse ends here.”

In his letter Tuesday, Kotick admitted the company’s initial response was “tone deaf” and announced a number of immediate changes, including additional employee support, listening sessions, termination of anyone found to have violated workplace standards and a review of hiring practices. He also announced an investigation into the company’s policies and procedures by an outside law firm.

Kotick also said some “in-game” content will be removed. That apparently applies to references to creative director Alex Afrasiabi, who was named in the lawsuit, that appear within the “World of Warcraft” game, according to Kotaku.

Kotick became CEO of Activision in 1991, and after its merger with Blizzard has led the combined company since 2008. His letter did not address why such actions to provide an inclusive workplace had not been taken previously.

slid nearly 7% on Tuesday as word of the employee walkout spread. The company is scheduled to report second-quarter earnings Aug. 3. Its stock is down more than 9% year to date, compared with a 17% gain by the S&P 500
SPX,

Asian Stocks Down as Chinese Crackdown Impact Continues By Investing.com

Opinion: The actual perpetrator for the selloff within the inventory market? Trace: It wasn’t the Fed