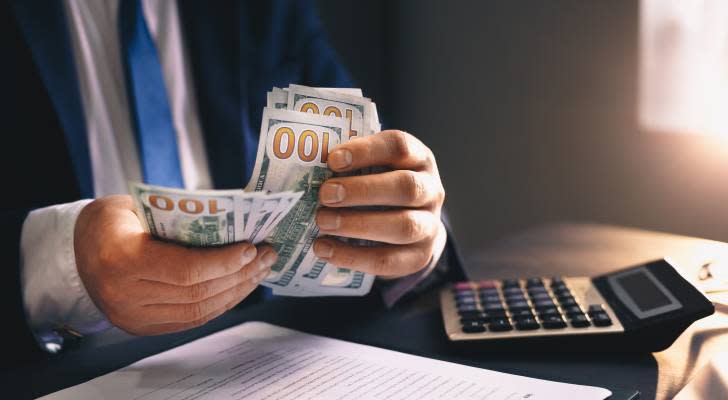 Americans say they need $500,000 to feel secure. That may not be enough


Fewer than half of Americans have enough money to feel secure, a recent survey says — though they may still fall short of financial fitness even if they reach their goals.

The study from wealth manager Personal Capital reveals the average American probably won’t feel secure until they have just over $500,000 in the bank, a goal they hope to reach around age 50.

That amount of money is a dream for many with limited savings, but it’s also less than you might think if you’re planning your retirement.

Certainly, having $500,000 stashed away by age 50 would put you well ahead of most of your neighbors.

About half of American households 55 and older have no retirement savings at all, according to the U.S. Government Accountability Office.

But if your definition of financial security is “having enough for retirement,” half a million probably won’t cut it. Depending on where you live, the average retiree can burn through $500,000 in a decade or less.

Even the full $1 million, a traditional goal for retirement savings, doesn’t pay for the kind of life it once did, thanks to inflation.

It’ll only get worse with time: If you’re still decades away from retirement today, planning to retire at age 67 with $1 million in the bank would probably put you below the poverty line.

That said, most respondents in the Personal Capital survey agree financial health is more of a journey than a destination. It’s OK if $500,000 in the bank makes you feel secure — so long as you don’t treat that as an excuse to stop saving.

How to get on track and stop stressing

While the study did ask Americans to put a dollar value on financial well-being, it also examines what people need to feel peace of mind more generally.

For the most part, the responses boil down to independence and freedom. Here are some of the essentials needed to feel good financially and a few tips on how to achieve them:

“Having enough to pay your bills”

The No. 1 priority for those surveyed is pretty basic: Two-thirds of respondents say they can’t feel secure without the cash to keep up with their monthly bills.

It’s not always easy to boost your income overnight, but you can take some steps to lower your bills right away.

For example, you might find savings of $200 or $300 a month just by shopping around for a better rate on your homeowners insurance, auto insurance and health insurance.

And homeowners should look into refinancing their mortgage at one of today’s incredibly low rates. The mortgage data firm Black Knight has estimated that 15.1 million Americans could save an average $298 a month with a refi.

“Having enough to spend recreationally without worry”

It’s not enough to keep the lights on and a roof overhead — a full 57% of respondents say they can only call themselves financially healthy when they can spend on their wants, too.

If you feel like you can’t afford to treat yourself, double-check to make sure you’re seeing the best possible price on whatever you want to buy.

You don’t need to expend a lot of effort: Just download a free browser extension that will automatically search the internet for lower prices and coupons whenever you shop online.

It’s hard to get ahead financially if you’re being weighed down by high interest rates. That’s why 55% singled out credit card debt as a serious roadblock to their financial health.

And it’s a growing concern. After a full year watching credit card balances decline, the Federal Reserve Bank of New York reports that balances increased by $17 billion in the second quarter of 2021.

If you’re being held back by multiple balances with high interest rates, folding them into a single lower-interest debt consolidation loan can help you save money and pay down your debts sooner. Just make sure to check your credit score, first.

It’s not surprising that short-term needs topped the list of priorities, but Americans clearly have their minds on the future, as well.

More than half — 53% — say having a retirement savings account is an essential part of financial wellness.

Even if you only have a small amount you can spare, the sooner you start contributing to a 401(k) or IRA, the better off you’ll be once it’s time to retire.

With the advantage of time you can make the most of compound interest, which helps your initial investment grow on its own over the years.

The market always has its ups and downs, yet 45% say they’re only doing well financially when their investments are doing well, too.

For many, investing feels like the domain of the rich and risk-tolerant. If you don’t have thousands of dollars to put on the line — money you can’t afford to lose — it’s hard to find your place.

However, one popular investing app makes it easier and more affordable to build a diversified portfolio by allowing you to invest with just your “spare change”.

Again, time matters just as much as money when investing, so don’t let limited capital stop you from making your way toward financial well-being.

Opinion: Nvidia’s ARM acquisition is stalled, and there’s a deadline with more than a billion dollars at stake

Biden says Aug. 31 deadline in Afghanistan might have to be extended