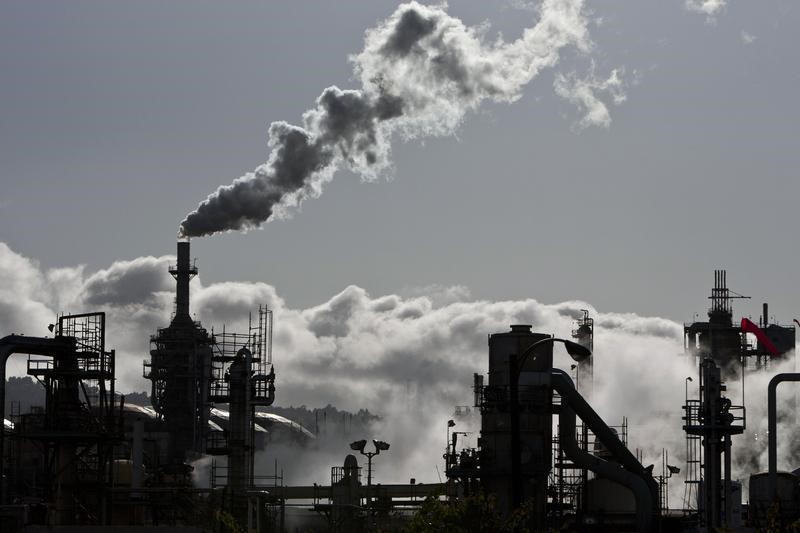 © Reuters. FILE PHOTO: The logo for ConocoPhillips is displayed on a screen on the floor at the New York Stock Exchange (NYSE) in New York, U.S., January 13, 2020. REUTERS/Brendan McDermid

(Reuters) – Conocophillips (NYSE:) on Tuesday posted a second-quarter profit that nearly doubled from the first and topped analysts estimates, helped by higher oil and gas prices and production.

A recovery in fuel demand from a pandemic-forced slump has boosted globally-traded crude prices to over $70, raising earnings of oil and gas producers.

In a departure from previous cycles, however, producers have chosen to boost shareholder payout and slash debt rather than spend on production at the higher prices.

Tim Leach, executive Vice President of ConocoPhillips’ operations in the lower 48 U.S. states, said he expects activity levels to remain consistent for the rest of the year.

The company’s production, excluding Libya, rose 4% to 1.55 million boe per day in the second quarter from the first, while prices for its oil and gas rose 10.3% to average $50.03 per barrel of oil equivalent (boe).

The company had cut its 2021 capital expenditures by $200 million from its prior forecast of $5.5 billion in June, and estimates adjusted operating costs to be $100 million lower at $6.1 billion.

ConocoPhillips raised its share buyback plans in June by $1 billion and increased the expected savings from its $10 billion acquisition of Permian basin producer Concho for a second time.

Analysts had on average estimated a profit of $1.10 per share, according to Refinitiv IBES estimates.

Shares of the company, which have risen 41% so far this year, were up 1.7% in afternoon trading.