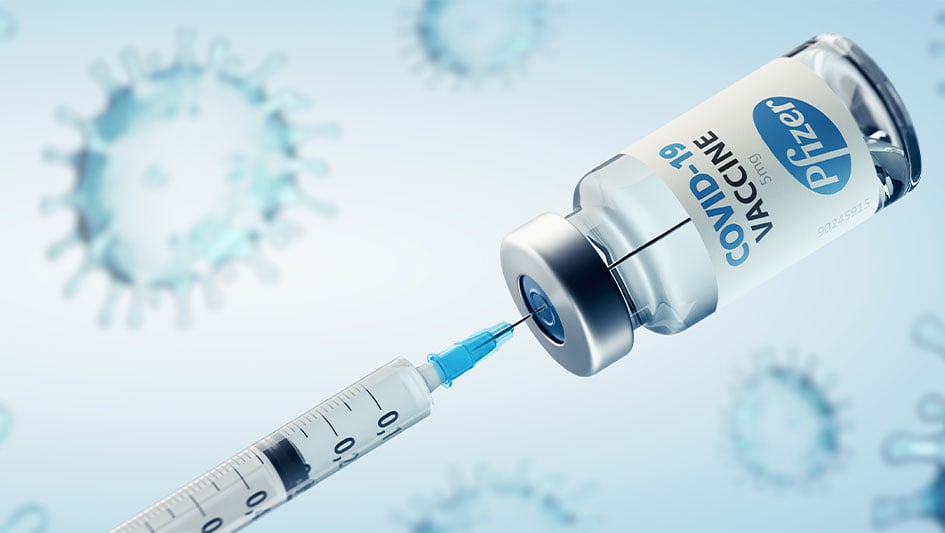 
The Dow Jones Industrial Average rallied 250 points Monday, as the Pfizer Covid-19 vaccine received full FDA approval. Bitcoin climbed above $50,000 for the first time in three months. And Tesla stock looked to rise for a second straight session, while Nvidia broke out past a new buy point.

Among the top stocks to buy and watch, Mercado Libre (MELI), Nvidia (NVDA) and Shopify (SHOP) are in or near new buy zones.

Early Monday, the Covid-19 vaccine from Pfizer (PFE) and BioNTech (BNTX) received full FDA approval. The Food and Drug Administration’s clearance of the shot on Monday, for people 16 years and older, is the agency’s first full approval of a Covid-19 vaccine. The decision was expected this week, The Wall Street Journal and other news outlets reported.

Pfizer jumped over 3%, while BNTX stock rallied over 10%.

Friday’s Big Picture noted a reason to be bullish amid last week’s volatility. “Stock market bears might be worried about waning breadth on the Nasdaq, what the Fed plans, and skittish action among many leading growth stocks. But the bulls certainly have reasons to feel good about the uptrend. Bullish sentiment dropped off a cliff earlier in the week when the Investors Intelligence weekly survey of stock market newsletter writers fell to 51.1% from 56.4%. It’s a contrarian indicator, meaning when there aren’t too many bulls around, it might actually be the time to be bullish.”

Stock Market ETF Strategy And How To Invest

The Grayscale Bitcoin Trust ETF (GBTC) rallied 3% Monday, but remains about 30% off its all-time high, which was set back on Feb. 19.

Cryptocurrency exchange Coinbase (COIN) ascended 2% in morning trade. COIN stock found support at its 50-day line on Thursday, but is still about 40% off its 52-week high.

Shares rallied 0.4% Monday morning, looking to extend a win streak to four sessions, but are still just below the buy point. The stock found much-needed support at its 50-day line.

IBD Leaderboard stock and Wednesday’s IBD Stock Of The Day, Mercado Libre, moved up nearly 1% Monday morning. The largest e-commerce company in Latin America continues to trace a cup-with-handle with a 1,899.43 buy point. MELI stock is holding just above a 1,755.05 buy point created by the Aug. 5 gap-up on earnings.

IBD SwingTrader stock Nvidia is in buy range above a 207.43 buy point, according to IBD MarketSmith chart analysis. The chart also can be interpreted to be a flat base with a 208.85 buy point. Nvidia stock is breaking out past that buy point Monday morning, rallying nearly 3% in early trade. The chip giant featured as Thursday’s IBD Stock Of The Day.

Shopify is below a 1,499.85 buy point in a cup base, and has given up potential support at its key 50-day moving average. Shares rose about almost 1% Monday. The IBD Stock Checkup shows SHOP stock with a strong 95 out of a perfect 99 IBD Composite Rating. The IBD Composite Rating identifies stocks with a blend of strong fundamental and technical characteristics.

Among the top Dow Jones stocks, IBD SwingTrader stock Apple moved up 0.3% Monday, looking to extend a win streak to three sessions. Apple stock is back above a 148 trendline buy point. The stock hit an all-time high on Aug. 18 at 151.68 before reversing lower.

Be sure to follow Scott Lehtonen on Twitter at @IBD_SLehtonen for more on growth stocks and the Dow Jones Industrial Average.

What the Afghan government’s collapse might mean for the U.S. stock market

Alibaba Stock Has Tumbled to a Pandemic Low. Why It Needs to Make a Stand.

Tesla Will Probably Beat Earnings Estimates. Why the Stock Might Not Move.