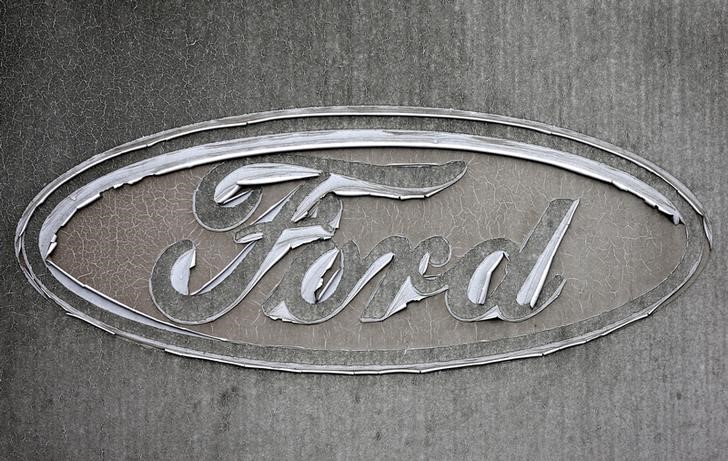 By Ben Klayman and Joseph White

DETROIT (Reuters) – Ford Motor (NYSE:) Co has doubled its production target for the F-150 Lightning because of strong early demand for the full-sized electric pickup truck ahead of its 2022 launch, and the company plans to spend an additional $850 million to meet that target, several people and suppliers familiar with the plans said.

“They were pleasantly surprised by the demand for the Lightning,” one of the sources said of Ford officials.

Industry observers have questioned whether individual buyers will give up their gas-powered pickups for electric models, but commercial customers are pushing for electric trucks and vans to reduce their carbon footprints.

The ramp to the new production target includes plans to build about 15,000 next year after the electric truck’s spring launch and 55,000 in 2023, a second source said. Following the launch of the second generation Lightning in late 2025, the annual target is just shy of 160,000.

The increase is on top of the 50% boost Ford outlined last November, the sources said.

Driving the more optimistic targets is strong pre-launch demand for the vehicle, especially with commercial customers, the sources said.

“We are excited with customer demand for the F-150 Lightning and already have 120,000 customer reservations, and we will continue to look for ways to break constraints and meet customer demand,” Ford said in a statement. The company declined to comment further.

Ford and other global automakers are racing to shift their gasoline-powered lineups to all electric power under pressure from regions like Europe and China to cut vehicle emissions. U.S. President Joe Biden has called for $174 billion to boost U.S. EV production, sales and infrastructure.

In May, Ford outlined plans to boost its spending on electrification by 2030 by more than a third to over $30 billion. Ford also announced plans that month to form a battery joint venture with South Korean battery maker SK Innovation Co that would open two plants in North America.

Ford’s EV strategy is focused on leveraging its strongest brands, with the electric F-150 and Transit van joining the Mustang Mach-E SUV. The gas-powered F-150 has been the top-selling vehicle in the United States for over four decades.

The increased Lightning production target has some suppliers worried about the extra investment that will entail and unsure the demand for electric pick-ups will meet Ford’s expectations.

“It really puts suppliers in a dicey situation if the volume doesn’t come true,” said one supplier executive, who asked not to be identified.

The redesigned F-150 Lightning, due in late 2025, is expected to be the first to employ Ford’s new TE1 truck architecture, AutoForecast Solutions previously said. The first-generation Lightning uses a platform that is heavily derived from the standard F-150.

Gains to Resume Soon By TipRanks

Is Penny Stock NXT-ID a Buy? By StockNews

How Volkswagen stalled in China By Reuters