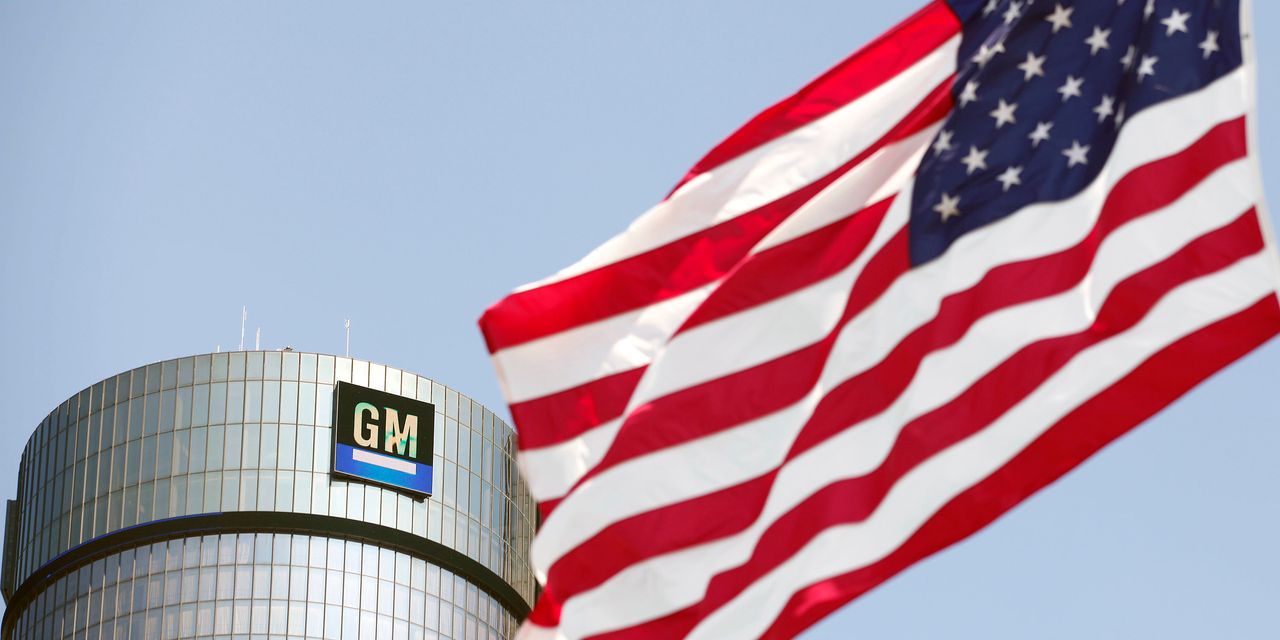 GM Earnings Beat Expectations. Why Its Stock Is Dropping.

stock dropped after the auto maker beat earnings projections but raised earnings guidance less than investors hoped. The quarter won’t be enough to get the stock going.

The company reported an adjusted profit of $1.97 a share on sales of $34.2 billion, topping expectations for $1.82 in per-share earnings from $29.9 billion in sales.

General Motors (ticker: GM) guided for $8.5 billion to $9.5 billion in the first half of 2021 earnings in mid-June. GM was able to meet its profit guidance, despite relatively high recall costs of $1.3 billion in the second quarter. The Chevy Bolt EV accounted for $800 million of that amount. In recent months, GM has had to recall more than 100,000 Bolts due to the possibility of battery fires.

The company also raised full-year operating profit guidance from a midpoint of $10.5 billion to a midpoint of $12.5 billion, implying earnings of about $4 billion in the second half of the year. Investors, however, wanted more.

What’s more, Wall Street is already projecting about $14 billion in full-year operating profit. It can be a problem for a stock when the Street gets ahead of the company.

Shares were down about 3.6% in premarket trading.

The company sounds pleased with results though. “Halfway through 2021, I’m pleased to report we’re accelerating our progress and advancing our vision of a world with zero crashes, zero emissions and zero congestion,” said CEO Mary Barra in her quarterly letter to investors and employees.

Still, operating profit in GM’s North America operations came in at $2.9 billion in the second quarter, down from $3.1 billion in the first quarter of the year. Earnings were hit by the recall as well as the global automotive semiconductor shortage that is constraining auto production everywhere.

Shares of GM are up 39% year to date through Tuesday’s close, while the

Pei Wei: Buy One Entree, Get One Free

Private companies added 330K jobs in July, ADP says, only half the estimate

This Analyst Calls Micron a Best Idea for 2022; Sees Over 70% Upside for the Stock

Zillow Stock Falls Further After Report It Plans to Sell 7,000 Homes for $2.8 Billion

With some home equity loan rates under 3%, here’s what you should — and should not — use that money for