Home > Finance > QS Stock Down Ahead Of QuantumScape Earnings Report 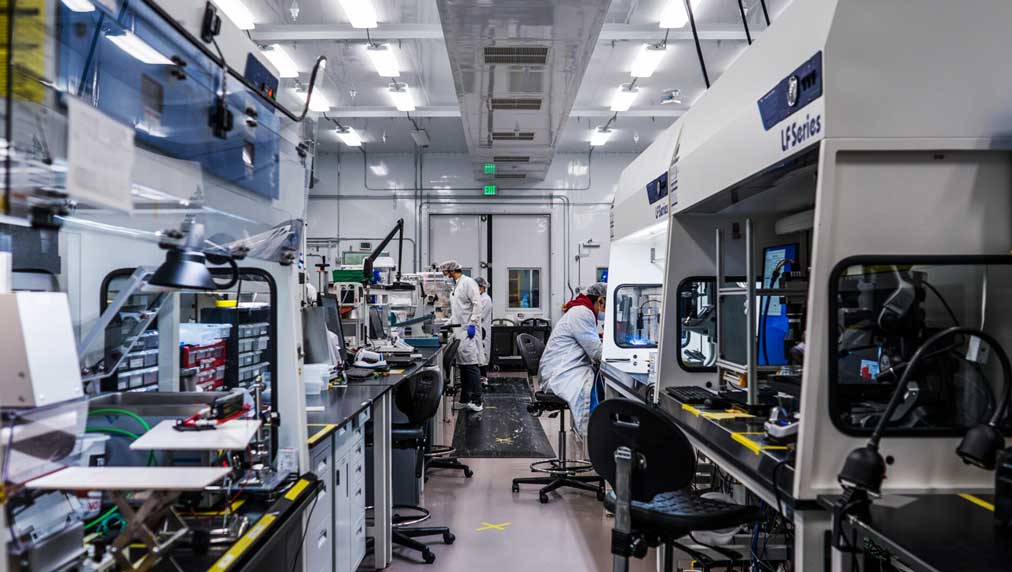 QS Stock Down Ahead Of QuantumScape Earnings Report

Estimates: Analysts expect a loss of 7 cents a share on zero revenue growth, according to FactSet, narrowing from a Q1 loss of 9 cents a share and a Q4 loss of $1.26 a share.

As a development-stage company, QuantumScape may not have any sales worth speaking of for years.

In March, Volkswagen increased its investment in QuantumScape by an additional $100 million. On May 14, QuantumScape announced a joint venture with Volkswagen tied to a pilot-line facility in Germany, called QS-1. QuantumScape is also ramping up a planned pre-pilot line in its San Jose headquarters, called QS-0. It plans to move into QS-0 in Q4 while targeting commercial production in the 2024-2025 time frame

Outlook: In May, QuantumScape guided for full-year 2021 spending on operations and capex of $260 million-$320 million, up at the midpoint from its prior outlook for $230 million-$290 million.

Shares lost nearly 5% to 21.43 in Tuesday’s stock market trading, still mired below a falling 50-day line. QS stock soared after debuting via a merger with a special purpose acquisition company, or SPAC, in November. But shares are more than 80% below their December 2020 peak. Concerns linger about its timeline to commercialization and ability to scale.

EV battery maker Romeo Power (RMO) fell 6.5%. Decarbonization Plus Acquisition Corp III (DCRC), a SPAC that is combining with QS rival Solid Power, lost 0.6% Tuesday. Shares of the combined company are set to debut in Q4 and will trade under the symbol SLDP.

In May, Ford (F) hiked its investment in Solid Power, after initially investing in the company in 2019. BMW (BMWYY) also has invested in Solid Power.

In May, QuantumScape reported successfully making full-sized four-layer cells. It said it’s on track to meet its 8-10 layer cell milestone by year end, and to make “commercially relevant prototype samples” by 2022.

But out of five analysts on Wall Street, only one rates QS stock a buy while four have a hold, according to TipRanks.com.

Looking For The Next Big Stock Market Winners? Start With These 3 Steps

U.S. airstrikes continue against the Taliban amid troop withdrawal

The Market Is Totally Unprepared For A Surprise From The Fed

Nvidia Stock Gets a 49% Price Target Boost. Why Analysts Are So Bullish.