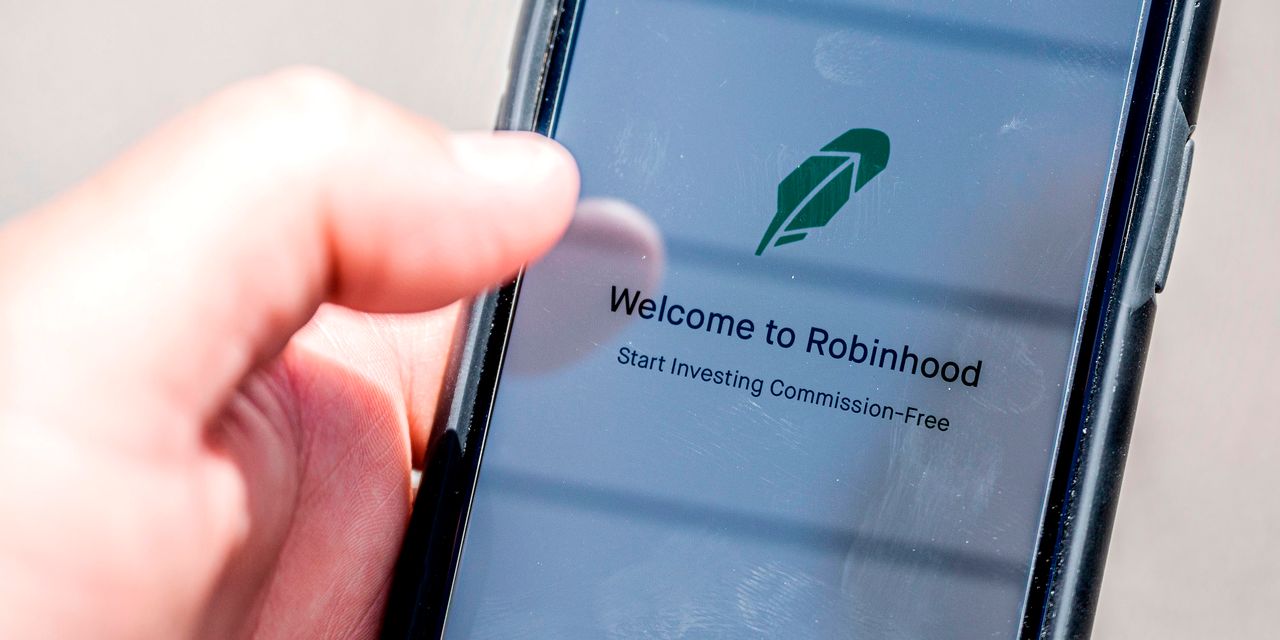 Robinhood Stock Is Soaring. Cathie Wood May Be Right.


The knives were out after

lackluster debut last week and the hotly anticipated initial public offering was quickly branded a flop. But that’s never the end of the world.

IPO in 2012 was a bit of a letdown, and the shares then fell 50% in its first six months of trading. Now, Facebook is worth just under $1 trillion.

Then again, the advent of meme stocks makes comparisons, and at times logic, seem largely irrelevant. The stock soared 24% Tuesday off the back of no major news, to just below $47, or 23% above the company’s IPO price. The stock soared as much as 71% higher Wednesday morning before being halted for volatility. Around 10:30 a.m. eastern, shares were trading up 32% to $61.50.

What did you expect? Robinhood set aside about a third of the IPO for its own retail customers. The company admitted in its prospectus that would cause increased volatility. Add in the regulatory concerns facing the company, and there are risks abound.

One investor seemingly happy to take on those risks is ARK Invest’s Cathie Wood. The company’s flagship ARK Innovation fund has bought 4.9 million shares in the online brokerage, worth around $229 million, according to its own data.

After a blockbuster 2020, which catapulted her to fame, Wood’s doubters have grown more vociferous recently. The

has declined in value this year, and a new ETF betting against the fund is being planned.

But Wood was quick to dump Chinese stocks as Beijing’s crackdown intensified, a move that’s looking smarter by the day, and her bold bet on Robinhood is showing early signs of paying off.

President Joe Biden called the current surge of illness linked to the Delta variant of coronavirus “a largely preventable tragedy that will get worse before it gets better,” saying 99% of last month’s deaths were among unvaccinated people. He said 90 million people eligible for vaccines haven’t gotten their shots.

What’s Next: Biden said on Tuesday he would announce a new federal halt on evictions in areas of the U.S. hard-hit by the Delta variant to protect millions of renters affected by the pandemic. A previous moratorium expired last weekend, prompting an outcry by some Democrats.

hit profitability on an adjusted basis sooner than expected. Its results set a high bar for rival

What’s Next: Uber, which also has a food delivery business, reports results after the market closes today. Analysts expect revenue of $3.74 billion, up 67% from a year ago.

Securities and Exchange Commission Chairman Gary Gensler said the agency will regulate cryptocurrency markets to the maximum extent possible under its current authority, while asking Congress for more resources to oversee the asset class, calling it “like the Wild West.”

What’s Next: Although the crypto market is smaller than the equity and bond markets, it would require a great deal of expertise and attention to properly oversee. “We can double or triple the number of people we have working on this at the SEC and still probably not fully cover this field,” Gensler said.

The U.K. government is considering blocking

$40 billion acquisition of chip designer Arm because of potential national security risks, according to a report from Bloomberg. Nvidia, in response, has acknowledged that it’s working through the deal with U.K. regulators and confirmed that it expects to resolve any issues.

What’s Next: The report doesn’t seem to have hurt Nvidia stock, but it may have helped shares in

close for a fifth consecutive record high on Tuesday. As for the deal, the U.K. is under pressure to clamp down on foreign takeovers of critical companies. But making an example out of Nvidia and Arm would be a serious splash—a $40 billion one.

This Week Has Ushered In a Wave of Deal Activity

August’s deal activity comes amid record-high stock valuations and the return of economic growth from last year’s pandemic shutdown and federal stimulus that is boosting CEO confidence even after the strongest first-half start to a year since 2006.

What’s Next: U.S. deals this year total 4,958 transactions valued at $1.66 trillion, Dealogic said, including 540 deals for $280 billion since the start of June. The third-quarter dollar amount is 87% of the whole second quarter, with nearly two months left until the end of September.

My second husband and I bought a large property and developed it into a successful restaurant and campground.

All of the property, and pretty much everything we own, is titled in the business corporation. His name is the only one on the corporate ownership.

We’ve both signed notes for debt, and I’ve asked for my name to be added to the property deed or corporation.

He never did. Now he wants me to sign another note to make improvements. I said no and I’m standing firm that I need protection if he should suddenly pass away (we’re pushing 60).

What if he decides to divorce me? How will I be protected? He tells me everything is just fine and those issues will never be a problem for me.

We both have children from previous marriages. We all get along great, but this property is very valuable (worth an estimated $3.5 million with only $200,000 debt).

We also live on the property. I don’t want to get kicked out if he should die.

Opinion: Nvidia’s deal for ARM is dead — how long until CEO Jensen Huang admits it?

Why an Analyst Raised AMD’s Price Target by 459%

Ways To Ensure a Long-Lasting Retirement

8-Bit Capital, co-led by Jonathan Abrams, has closed its first fund with $40 million