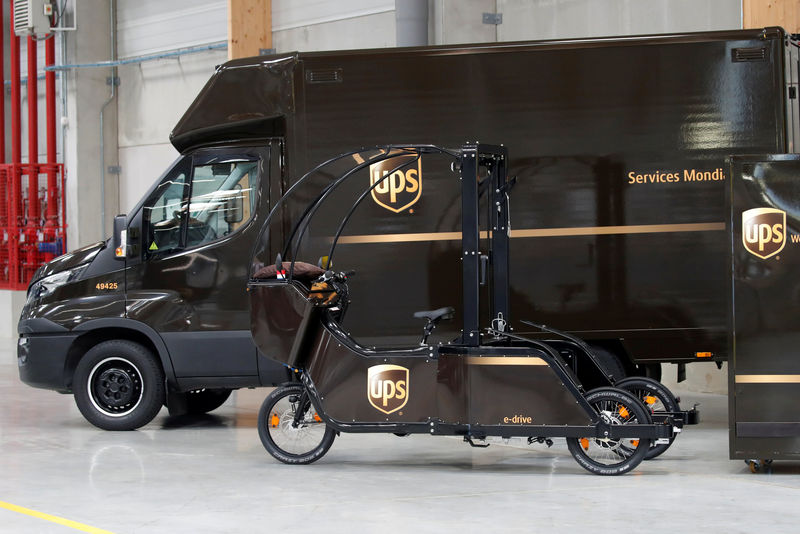 © Reuters. FILE PHOTO: The logo of Stellantis is seen on a company’s building in Velizy-Villacoublay near Paris, France, May 5, 2021. REUTERS/Gonzalo Fuentes

By Giulio Piovaccari and Gilles Guillaume

MILAN (Reuters) – Carmaker Stellantis (MI:) said on Tuesday it was raising its full-year target on its adjusted operating profit margin after strong first-half results, which included record margins in North America, and progress on cost savings.

Stellantis, formed in January by the merger of Fiat Chrysler and Peugeot (OTC:) maker PSA, said it aimed for an adjusted operating profit margin of around 10%, compared with a previous forecast of between 5.5%-7.5%.

Milan-listed shares in the world’s fourth largest carmaker rose as much as 5.2% and were the best performer in Italy’s blue-chip index.

“The market was taken by surprise and did not expect the results to be so good,” a Milan-based trader said.

The company said it had made around 1.3 billion euros in merger-related net cash savings in the first half. Chief Financial Officer Richard Palmer said he was confident the group would reach its long-term goal of 5 billion euros in annual savings and aimed to reach 80% of that target by 2024.

The margin forecast assumes no further deterioration in the global semiconductor shortage which had been affecting the whole industry, and of no further lockdowns in Europe and in the United States.

Last month Chief Executive officer Carlos Tavares, who won plaudits for driving up margins while in charge of PSA, warned the global semiconductor shortage would easily drag into next year.

Palmer said the group did not expect chip supply to improve before the final quarter of this year, with a total projected production loss of around 1.4 million vehicles in 2021.

He added that a spike in raw material prices also remained a challenge, with its impact felt more in the second half of the year.

The group reported EBIT margin of 11.4% in the first six months, with North America at a record 16.1%.

Stellantis last month pledged to invest more than 30 billion euros through 2025 on electrifying its vehicle lineup, just days before the European Union proposed an effective ban on the sale of new petrol and diesel cars from 2035.

The group said on Tuesday it would launch 11 new battery electric vehicles and 10 plug-in hybrid vehicles in the next 24 month.

China's Li Auto to raise up to $1.93 billion from Hong Kong listing

Is monday.com a Good Cloud Stock to Add to Your Portfolio? By StockNews