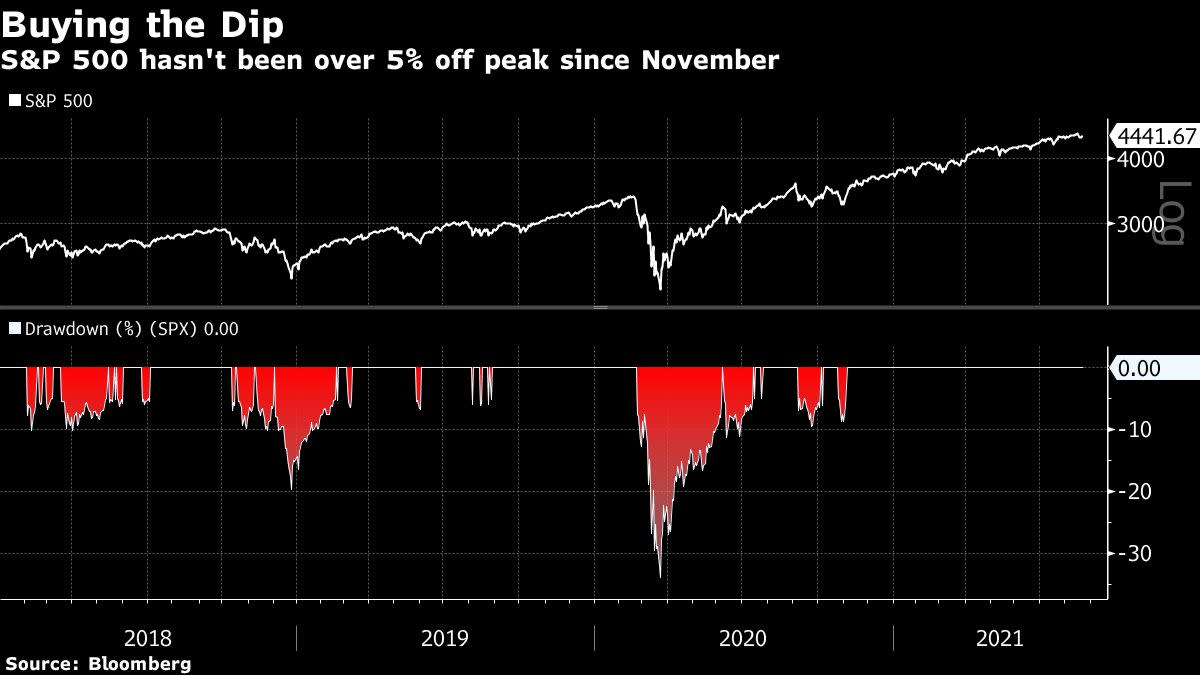 Futures advanced in Japan, Australia and Hong Kong, while U.S. contracts fluctuated. All major groups in the S&P 500 gained at the end of last week and technology giants lifted the Nasdaq 100. Beijing’s regulatory crackdown saw Chinese shares listed in the U.S. suffer their longest streak of weekly losses in a decade despite a a climb on Friday.

The dollar was largely steady against major currencies in early trading after its best week since June on haven demand as the delta virus variant spreads. The Jackson Hole symposium from Thursday may offer insights into how the Fed plans to taper bond purchases. Treasuries were little changed last week.

Commodities remain in focus, after a tumble in raw materials like crude oil and copper and bouts of weakness in commodity-linked currencies.

The spread of the delta variant and the prospect of reduced central bank support have sowed doubts about the world economic recovery and led to a pause in the global equity rally. Dallas Federal Reserve President Robert Kaplan said he’s open to adjusting his view that the Fed should start tapering its asset-purchase program sooner rather than later if the delta strain persists and hurts economic progress.

“Markets react to interest-rate hikes much more than tapering and we expect a pause between tapering and the first hike, suggesting liftoff in 2023 and not before,” Esty Dwek, head of global market strategy at Natixis Investment Managers, wrote in a note.

On the virus front, Australia and New Zealand are reviewing their strategies of eliminating coronavirus infections, with Australian Prime Minister Scott Morrison said it’s highly unlikely his country will ever return to zero cases.

Here are some events to watch this week:

Some of the main moves in markets:

The yield on 10-year Treasuries rose one basis point to 1.26% Friday

Big Oil Looks To Woo Investors Back With Massive Dividends

Stock futures are flat in overnight trading after a losing week

Opinion: I gave a talk about bitcoin at my dad’s Rotary Club, and these are the questions people had