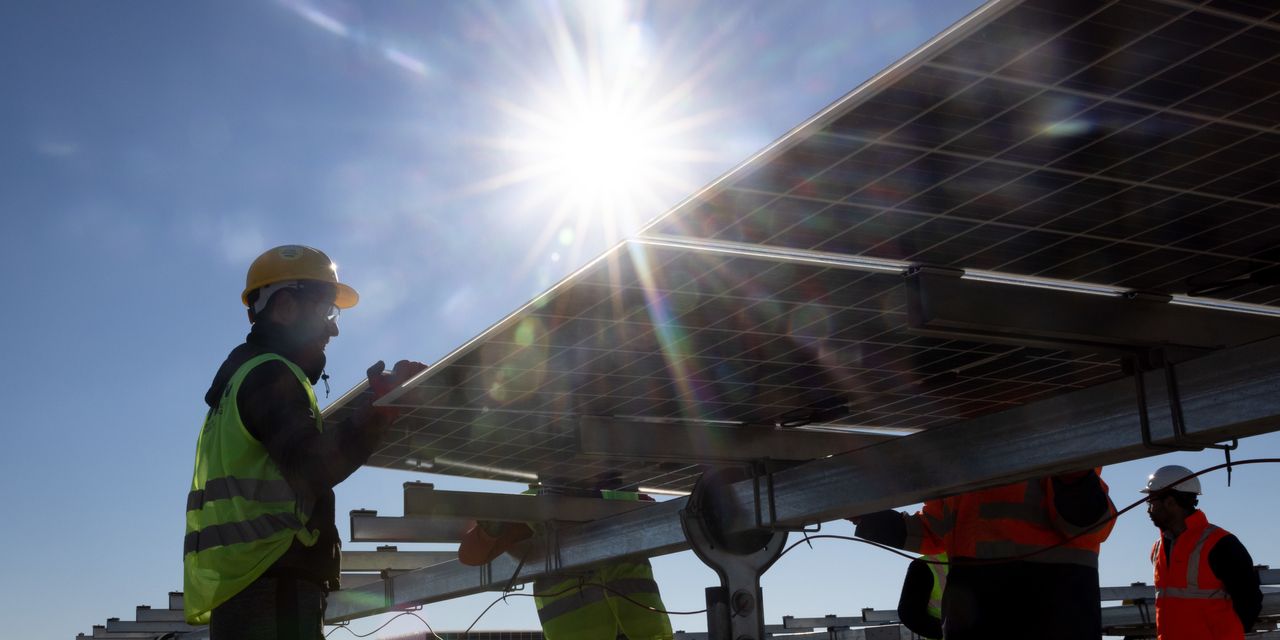 SunPower to Record $31 Million of Charges for Cracking Issue. The Stock Tumbles.

shares were falling sharply Friday after the solar tech company said it expects to record charges related to a cracking issue on some third-party equipment.

SunPower also said fourth-quarter adjusted Ebitda would be at the low end of its previously issued guidance.

Adjusted Ebitda — earnings before interest, taxes, depreciation, and amortization — is expected to be at the low end of the previously projected range of $18 million to $41 million. The company cited the impact of the Covid-19 pandemic and California weather, which effectively pushed roughly $6.5 million of residential Ebitda out of the fourth quarter ended in December.

The company also said it spent another $3 million “in sales and marketing to rapidly expand SunPower’s serviceable solar market to more customers in underpenetrated areas nationally.”

The energy services provider said it identified a cracking issue “that developed over time in certain factory-installed connectors within third-party commercial equipment supplied to SunPower.” SunPower said it would replace all of the connectors, and would record charges of $27 million in the fourth quarter and roughly $4 million in the first quarter of 2022 in replacement costs.

SunPower said it would pursue recovery of the costs from the suppliers, and until then would fund the charges with cash on hand.

Revenue in the quarter is expected to fall within the previously guided range of $361 million to $421 million, SunPower said, in-line with the consensus of $373.3 million.

SunPower will be reporting fourth-quarter results on Feb. 16.

'Godfather' of technical analysis says the stock market could fall 20% or more, but don't panic: 'This market really, really did unbelievable' for 18 months

Gambling With ETFs Is Really Paying Off Now