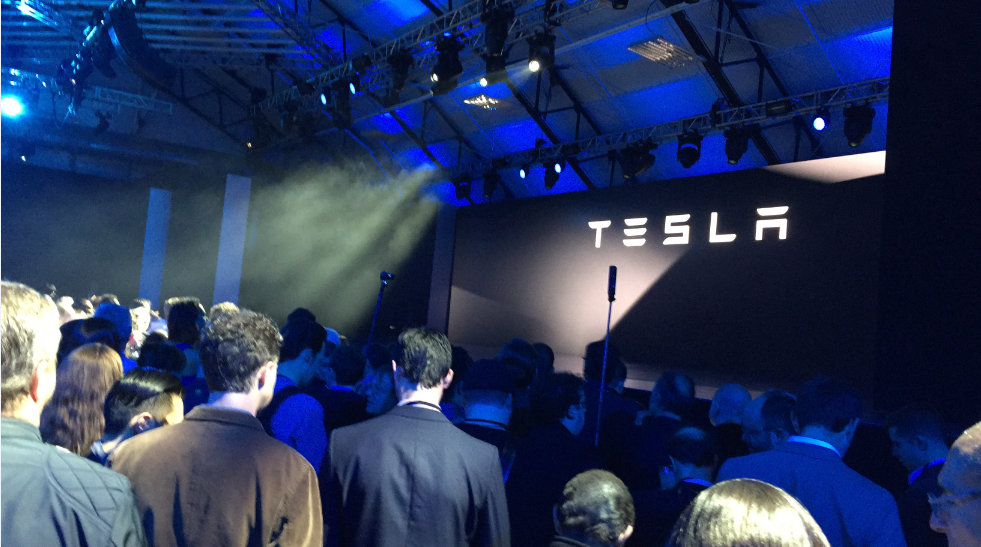 
The Tesla AI Day event focused on high-level discussions of the company’s self-driving technology and touting a humanoid Tesla Bot.

There was some positive action in Thursday’s market rally, beyond the major indexes rallying off lows.  Nvidia (NVDA) cleared an early entry of 197.80 as it rebounded from its 50-day line on strong earnings. Still, while Nvidia rose 4% to 197.98, that was well off intraday highs of 204.95. Advanced Micro Devices (AMD) edged higher, while Marvell Technology (MRVL) rose 2%, rallying off its 50-day line.

Microsoft (MSFT) and Adobe (ADBE) powered up about 2% to new highs and Netflix (NFLX) rallied 4.2%. After the close, Adobe said it would buy Frame.io, a leading cloud-based video collaboration platform, for $1.275 billion. ADBE stock was not active in overnight trade.

Cisco Systems (CSCO) rebounded from morning lows to rally to a two-year high following earnings. CSCO stock climbed 3.8% to 57.27, back above a 55.45 buy point.

But cyclical sectors came under pressure as crude oil and copper prices sold off and Treasury yields came down. Miners and energy stocks are breaking down. Steelmakers are wiping out much of their big recent gains. Many financials have pulled back to buy points. Industrials have retreated after flirting with breakouts. Shipping companies sold off after recent gains.

Meanwhile, U.S.-listed China internets and stocks generally sold off amid economic and regulatory fears there.

Tesla AI Day is “solely” about recruiting AI and robotics experts to work on the company’s artificial intelligence efforts, according to Tesla (TSLA) CEO Elon Musk. But the event is clearly aimed at investors and analysts as well.

Musk came on later, saying it’ll sell a Tesla bot, showing off a plastic humanoid robot prototype. Joining the prototype was a human dancer dressed up like the Tesla bot. Musk said the Tesla Bot will help handle “repetitive and boring tasks.”

Keep in mind that Tesla’s big idea events don’t necessarily translate into real-world reality. Tesla Battery Day in late 2020 touted big battery tech improvements, revolutionary lithium mining and more. But the 4680 battery cells — seen as crucial for the delayed Semi and Cybertruck — are still in pilot stage amid some technical challenges, with no sign that mass production is close.

Tesla Autonomy Day in 2019 claimed the company was on the cusp of full autonomy, but its driver-assist systems remain at Level 2 while several rivals test driverless L4 systems. Tesla has now shifted to a vision-only approach, while its Level 4 rivals employ a multi-sensor approach, including Lidar and radar as well as cameras.

On Monday, the National Highway Traffic Safety Agency opened a Tesla Autopilot probe related to crashes into emergency vehicles on the side of roads. The announcement included language suggesting a tougher approach than previously.

The video embedded in this article analyzed Nvidia and MRVL stock, as well as Macy’s.

Remember that overnight action in Dow futures and elsewhere doesn’t necessarily translate into actual trading in the next regular stock market session.

Apple stock, Microsoft and the much-smaller Cisco are members of the Dow Jones, S&P 500 and Nasdaq composite.

U.S. crude oil prices fell 2.7% to $63.69 a barrel, their sixth straight decline and the lowest level since May. Copper prices also have weakened substantially.

Applied Materials beat fiscal Q3 views and guided modestly higher for the current Q4. AMAT stock lost 1% in extended trade. Shares rose 1.4% to 129.20 on Thursday, but have been stuck below their 50-day line for several sessions. Applied Materials and several other memory-exposed chip plays sold off last week on forecasts of weak DRAM memory pricing.

Ross Stores beat Q2 views easily, but the off-price apparel chain guided light on earnings. ROST stock fell 4% overnight. Shares advanced 2% to 126.58 on Thursday, close to resistance areas above 127. One could view ROST stock as having a double-bottom base with a 127.68 buy point.

Deere (DE) earnings are on tap Friday morning. DE stock has a cup-with-handle base, but has been falling toward its 50-day line this week. Deere slid 3.4% to 358.98 on Thursday.

The stock market rally rebounded from or back above key levels Thursday, but indexes also fell off their intraday highs. The Dow Jones found support at its 50-day line while the S&P 500 rallied from just above that key level.

The Nasdaq composite rallied above its 50-day intraday but closed just below that key level, despite gains from Microsoft, Adobe, Netflix and Nvidia. The Nasdaq 100 popped 0.5% after finding support near its 50-day line.

But outside of Nvidia and its data-center and gaming chip peers, semiconductors were ho-hum. Likewise, software was mixed beyond Microsoft stock and Adobe.

Overall, the expanding market leadership has narrowed once again. Steel stocks have given up most of their recent quick gains. Industrial and housing-related stocks have largely pulled back from buy areas. Financials are testing buy points.

Thursday’s losers trumped winners by more than 2-to-1 on the Nasdaq and on the NYSE. The Nasdaq advance/decline already is at 2021 lows. The Russell 2000 is below its 200-day line for the first time since September.

The major indexes are holding key support, but market breadth is narrowing overall and for leading stocks. If more than two stocks are falling for every winner, the odds aren’t in your favor. So while it remains a confirmed stock market rally, investors should be cautious about near-term buys and especially adding to exposure. If you take a new position, such as in Nvidia stock, that could be offset by exiting other positions.

The Nasdaq pullback in the past few weeks is planting the seeds of future buying opportunities, but it’s an open question whether growth stocks rise or fall in the next few weeks.

Keep working on your watchlists. New potential setups will show up on screens, while others may drop off.

Don’t get locked into a particular stock or a bullish or bearish mindset. The market rally is at a key point and could quickly strengthen or deteriorate from these levels. So stay flexible and alert.

Read The Big Picture every day to stay in sync with the market direction and leading stocks and sectors.

The 200-Day Average: The Last Line Of Support?

Robinhood gets ‘you addicted’ so you ‘keep spending money,’ lawmaker warns

Biden wants to shake up car insurance rates, and you could wind up paying less

A Tesla ‘death cross’ is coming, the first in more than 2 years

Li Auto Gross sales Beat Estimates, However the Inventory May Keep in Its Droop