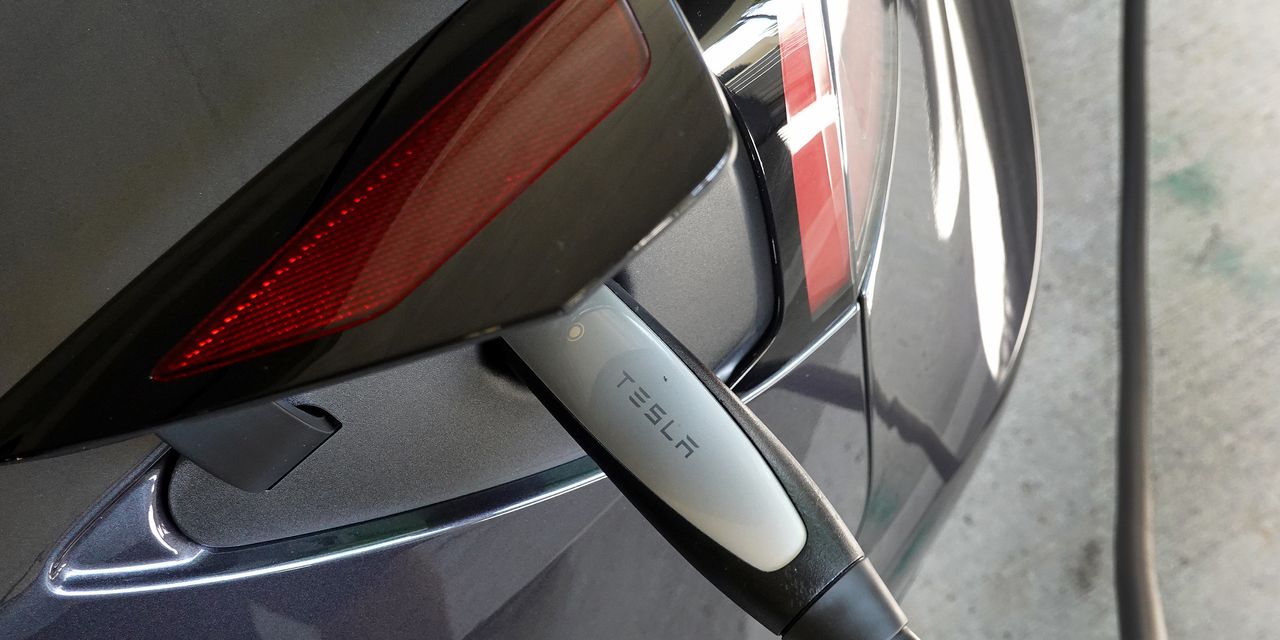 Tesla Stock Keeps Tanking. How an Elon Musk Sale Could Be Good News.

stock tanked for a second consecutive day on concerns CEO Elon Musk might potentially sell a huge block of company shares. Dumping a large number of shares can be bad for any stock, but Tesla is down almost 17% in two trading sessions this week, a sign that Musk’s stock sale signals a peak for the stock. That might not be how to read it, however.

It’s also been a busy two days. More than 91 million shares changed hands so far this week, up 50% from a typical two-day period, when about 30 million trade.

Musk is responsible for the spike. Over the weekend, Musk asked his Twitter (TWTR) followers if he should sell 10% of his position and pay tax on any gains. The Twitterverse said yes. Tesla, and Musk, haven’t responded to questions about the potential stock sale.

Musk owns about 170 million shares of Tesla, so a 17 million share block is a large amount of stock–it would move the price if it was done all in one day. But, of course, there is no reason Musk has to sell all at once. He could sell over several days, limiting the impact of the total sale. But investors don’t seem to be worried about a large block coming all at once. They’re worried it signals that things are as good as they get can for a company.

But there’s another way to look at Musk’s supposed desire to sell stock. Musk has millions of vested options and he can exercise them at any time. When he does, he creates a taxable event. If he were to exercise the roughly 23 million in vested options from a 2012 grant, the implied gain would be about $1,016 a share. Per IRS rules, that gets taxed as ordinary income. There is no way to avoid paying tax when exercising management stock options, and managers can’t defer the tax by holding the stock. In this scenario, Musk would be paying ordinary income tax on a gain of about $23 billion, and would owe the federal government roughly $8.6 billion. His cost basis on that stock would then be $1,022 a share.

What if Musk were to wait to exercise and shares did hit $1,243? He would have to pay regular income tax rates and would owe about $10.5 billion to the federal government. In other words, Musk would save just under $1 billion in tax by arbitraging the difference in the capital gains rate and the rates applied to regular income–if the stock goes up, of course.

If this feels like a long way to go to convince investors a stock sale is bullish–it is. But it’s not that different from assuming that Musk secretly believes Tesla stock has peaked.

NIO Earnings: What Happened with NIO

GE, an industrial conglomerate pioneer, to break up By Reuters

GM Earnings Beat Expectations. Why Its Stock Is Dropping.