Home > Finance > The Chip Shortage Looks Like the Oil Shortage of the 1970s. What It Means for Stocks and the Economy. 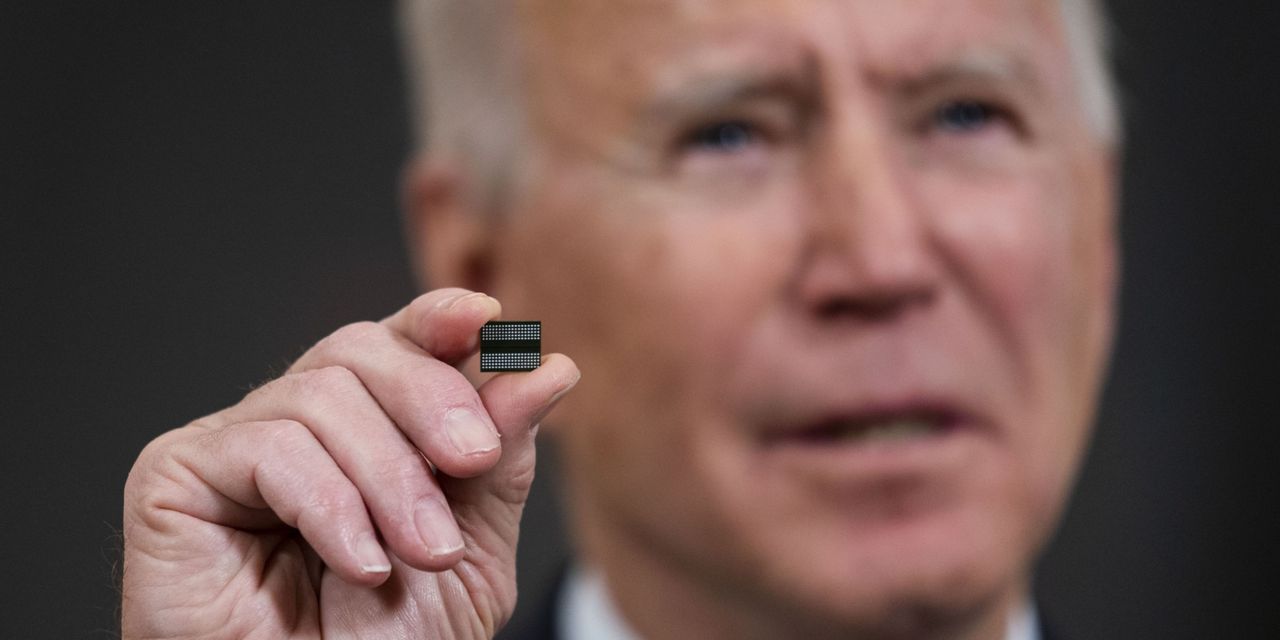 
Semiconductors might be the new oil—and that could make the 2020s the new 1970s.

Back then, the world ran on oil—and any change in supply had a massive impact on demand. When OPEC embargoed the U.S. in the 1970s, the price of crude rose from about $3 a barrel at the beginning of the decade to $13 a barrel by its end. The U.S. even issued gas ration coupons in 1974.

The spike was good news for

If oil was the necessary component for the 1970s economy, chips provide the same function in the 2020s. They power everything from our computers and phones to our cars and appliances. And, as everyone knows by now, there is a shortage, with delivery times growing to more than 20 weeks, per Susquehanna Financial Group data.

Roughly 80% of all the chips in the world are made in Northeast Asia. Politicians realize how big a problem this is, and they have started to demand local manufacturing, with President Joe Biden introducing a plan for $50 billion in chip research earlier this year. Reshoring any industry, including semiconductors, is a yearslong process that requires billions in capital. There will be winners and losers. And if it goes on too long, it will filter into the prices of all kinds of goods.

“Shortages related to rapid upswings in demand could become inflationary,” TS Lombard’s Rory Green and Steven Blitz wrote back in January, when the scarcity of chips—”a product more known for steadily declining prices”—was in its infancy.

The global semiconductor shortage has been a particular thorn in the side of the automotive industry all year. It was supposed to resolve itself by the second half of 2021. But more production cuts announced by

(TM) this past week shows the problem isn’t going away soon. In fact, RBC analyst Joseph Spak argues the shortage could last for years.

Part of the problem is structural, Spak says. Electric vehicles need more computing power, but the auto industry typically relies on older-generation chip technology, where capacity isn’t being as readily added by chip makers. Instead, they prefer to focus on newer, higher-end chips for the consumer electronics industry.

That’s not good for consumers, but auto makers stand to benefit. Constrained production will lead to persistently low inventories and higher pricing. Companies will sell fewer cars, but that’s been offset by higher prices.

And that’s just the auto industry. The longer the chip shortage goes on, the more prices will rise in all types of products. That will benefit chip makers such as

(TSM). Wall Street sees upside in the latter. Some two-thirds of analysts covering the stock rate it Buy, and the average price target implies about a 33% upside.

Don’t expect long lines outside RadioShack, but expect the chip shortage to be felt just the same.

Walmart’s Earnings Were Spectacular. Why the Stock Didn’t Move.

Wall Street Has Surrendered to the $500 Billion ETF Rush